A lot of time has passed since I wrote last time. The root cause was the Corona Pandemic, which everyone should be aware of by now. Due to Covid-19, for our all good, traveling was on hold. I was missing travel a lot and even though I promised myself to catch up with the writing about my previous travel experienced which I haven’t wrote about yet while being forced to stay at home, I couldn’t find enough inspiration to do so.

Instead of going through my past travel experiences, I tried to stay busy all the time, to avoid thinking about traveling too much. After we went through the worst part of the lockdown and rules for social distancing and traveling got loosened up by the government, we were finally able to travel a bit within Germany and to visit our neighbour countries. By doing that I have visited some interesting places and my mood for writing came back by itself. One of this places was a beautiful garden and palace in Schwetzingen.

I am not exaggerating, but this place is just marvelous. It is such a nice place, that I visited it twice within a few weeks. The palace isn’t that big, but the garden itself is just enormous and it hides so much in every corner, that everyone can find there something for him- or herself. It is the perfect place to see some interesting architecture, contemplating nature and avoiding the crowds of tourists by the same time. I made a lot of pictures there and I hope they will speak for themselves.

The Schwetzingen Palace and his gardens is located in the state of Baden-Württemberg. The palace was first mentioned in documents in 1350 as a medieval moated castle. In 1427 it came into the possession of Elector Ludwig III. In the following decades the palace was destroyed and rebuild several times. Schwetzingen was later the summer residence of the Electors Palatine Charles III Philip and Charles IV Theodore (of the House of Wittelsbach).

The current Schwetzingen garden was created during the second half of the 18th century.  The garden reflects two conflicting styles by this time: the French formal garden and the the English landscape garden.  This occurrents is reflected in the unique style of the Schwetzingen garden. Throughout the garden you can find various sculptures and a big lake with lovely bridges. In addition to numerous statues, there are also some interesting buildings.

You can find four temples in various styles there. The temples show a philosophical and architectural reference to Antique or to Islam. One of them is the Minerva Tempel which was designed by Nicolas de Pigage and was built in Corinthian style between 1766 and 1770. Another one is the Temple of Apollo and Merkur and also Islam inspired Red Mosque.

I hope I was able arouse your interest and you will soon explore this beautiful place on your own. Have a great week and stay safe!

Source of a text: 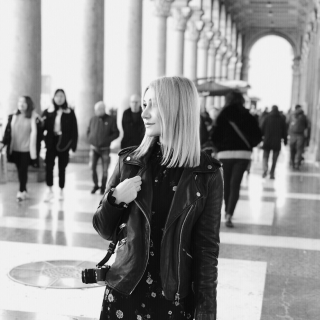 Welcome to my Blog. I'm Karo, originally from Poland but currently living in Germany, Frankfurt. I would love to share my passion towards traveling, photography, food and all the beautiful moments in life with you. Have fun!